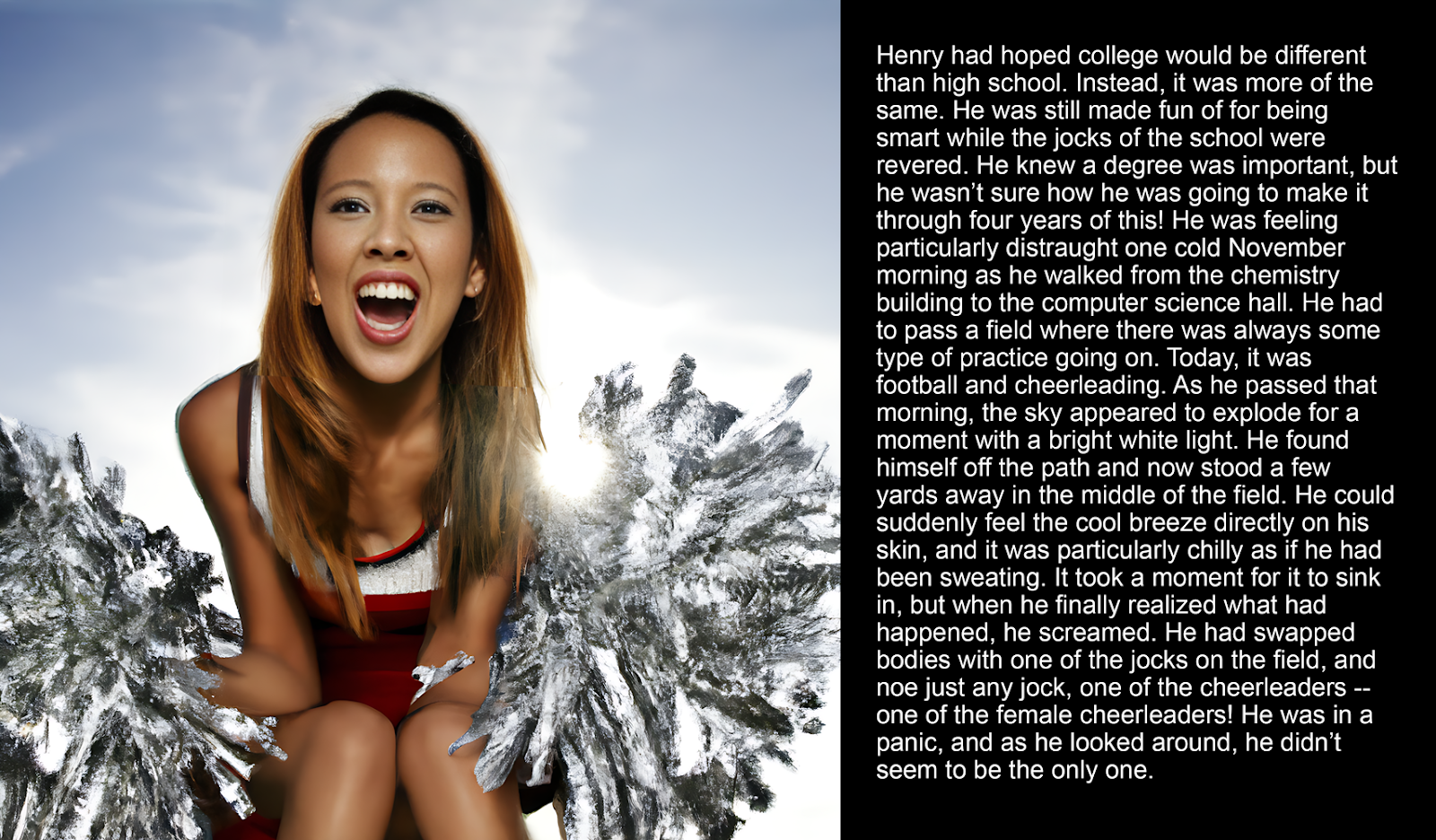 Henry had hoped college would be different than high school. Instead, it was more of the same. He was still made fun of for being smart while the jocks of the school were revered. He knew a degree was important, but he wasn’t sure how he was going to make it through four years of this! He was feeling particularly distraught one cold November morning as he walked from the chemistry building to the computer science hall. He had to pass a field where there was always some type of practice going on. Today, it was football and cheerleading. As he passed that morning, the sky appeared to explode for a moment with a bright white light. He found himself off the path and now stood a few yards away in the middle of the field. He could suddenly feel the cool breeze directly on his skin, and it was particularly chilly as if he had been sweating. It took a moment for it to sink in, but when he finally realized what had happened, he screamed. He had swapped bodies with one of the jocks on the field, and noe just any jock, one of the cheerleaders -- one of the female cheerleaders! He was in a panic, and as he looked around, he didn’t seem to be the only one.